As buying a diamond may be among one of your biggest purchases of your life, you might have concerns about getting conned out of your hard-earned cash by paying for something other than a diamond. The following is a list of the most common diamond scams that might occur.

Only Purchase Diamonds with a Laboratory Report

This is the number one rule to avoid getting ripped off when buying a diamond. I would only recommend breaking this one at your peril.

The laboratory certificate details the diamonds imperfections which can be an important method of distinguishing one diamond from another.

When viewing a diamond at magnification always use a 10x magnification loupe or a stronger one. Don’t let a jeweller use a 2x or a 5x loupe on your diamond, it just isn’t a high enough magnification to see smaller imperfections.

If the engagement ring you are purchasing has more than one diamond, than the weight of all the diamonds in the ring is the CTW. The ring may be advertised by its CTW, but it is the weight of the major diamond that you are interested in, not the total weight.

The best light to view a diamond under is natural light, on a sunny day, coming from the north. This is when the diamond will show its true beauty and a sparkle consistent with what your fiancée will see everyday once she is wearing it.

If viewing under natural light is not possible and you are in the jeweller’s store or office, make sure that you are viewing the diamonds under a lamp that has a “natural light” bulb. Don’t view a diamond under a halogen bulb as it makes a diamond appear more sparkly than what it truly is under natural light.

If a stone has a carat of 0.995 then it may be rounded up by some jewellers to be 1 carat.

Always check the laboratory certificate for the true weight of the diamond, and it is also a good idea to get it weighed using calibrated electronic scales to confirm the weight.

Some diamonds that have fractures or unsightly imperfections are improved using a process called clarity enhancing (C.E.). This is where the imperfection, fracture or chip is filled with a carbon substance or some other clear filler so as to appear that the diamond has no imperfections.

C.E. diamonds definitely cost less than their non-enhanced counterparts. However, C.E. diamonds have been known to chip, split and fracture over time, as the substance that they are filled with is either not as strong as the diamond (carbon) itself or if carbon is used, then it does not bond strongly with the diamond.

If you have any doubt as to the authenticity of your laboratory certificate, then contact the laboratory that issued the certificate and ask them to confirm the specifications of the diamond that is referenced on that certificate.
The certificates also have tamper-proof seals over the types information in order to make alteration difficult.

If you have taken a liking to a diamond that is already set, be sure that there are no hidden flaws under any of the prongs of the setting. Check the laboratory certificate for the imperfection map of the diamond which will illustrate where all of the flaws are.

There are a few combinations of substances that can be used either legitimately as a diamond substitute or illegitimately to defraud an unsuspecting buyer.

The only way to know for sure is to get a trained gemologist to examine the diamond in question through high-powered magnification and to perform various tests on its hardness, density etc.

The most common diamond substitutes are:

1. Cubic Zirconia
Cubic zirconium (CZ) is a type of man-made gem made of zirconium oxide. It is a very good imitation of diamond and can even fool a t rained gemmologist.

However, CZ is about 75% heavier than the same volume of natural diamond. So, compared to a diamond of 1 carat, the same volume of CZ will weigh 1.75 carats. CZ is also flawless and usually colourless. Diamonds such as these are exceedingly rare.

Some of the brand names for various types of CZ are Russian Brilliants, Diamonique, Van Graff, Diamonelle, Asha, and Zirconite.

2. Moissanite
Moissanite is the name for a man-made gem that is made from silicon carbide. It has gained notoriety of late as some types of electronic diamond testing equipment are unable to distinguish it from true naturally produced diamond.

However, Moissanite is lighter than the same volume of natural diamond and is also doubly refractive, meaning that a ray of light is split in two once it enters the Moissanite stone.

3. CVD Diamond
CVD stands for Chemical Vapour Deposition and is the name of the process used to produce CVD diamonds, which like natural diamond is made of 3-dimensional carbon crystals.

Currently the manufacturing process produces yellow diamonds, due to nitrogen contamination during the processing. However, the companies producing CVD diamonds are working on producing colourless CVD diamonds which will be almost impossible to distinguish from the naturally occurring ones. Presently there are two ways in which these amazing substitutes are being made to differ from naturally occurring diamonds:

1. They are manufactured with very minute trace impurities that enable detailed testing to distinguish them from naturally occurring diamond and
2. They are being laser-inscribed with a minute hallmark around the girdle of the diamond.

However, it is only a matter of time before the technology to produce CVD diamonds becomes more sophisticated and colourless diamonds can be produced. Once the technology becomes widespread some of these anti-fraud measures are sure to be forgotten about.

This is the tactic of swapping a diamond for a lesser quality diamond or even a fake diamond. Potential times that this could happen is in the period between the time the diamond was last inspected under a loupe until the time it is set into a ring, or when the ring is getting repaired or cleaned.

The best way to mitigate the risk of this ever happening is: 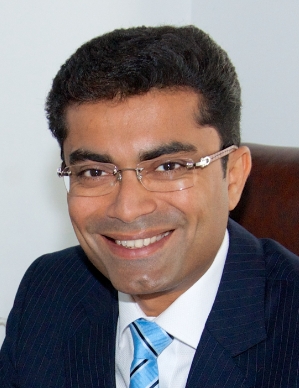 "After enquiring to TEJORI in advance of our trip, and them providing good customer service via email, we ended up shopping with them. Got a beautiful ring just how we wanted at a good price."

What our clients say

To say I was amazed by the final ring in person was an understatement. The ring was exactly as I and more importantly my fiancée wanted. The quality of the finished item was superb and the after sales service equally so. Going forward I will be purchasing all my jewellery from TEJORI and would highly recommend others to do so.